The exhibition took place at the Daisan Elementary school (Third Elementary school) in the picturesque town of Shima Onsen. The little villages in the region are well known as the 'most beautiful villages' in Japan. No wonder. The school where Calyptra was exhibited from 9th of September till 10th of October 2017 was built in 1935. It is located next to a deep and beautiful forest. 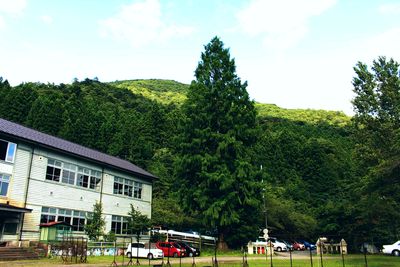 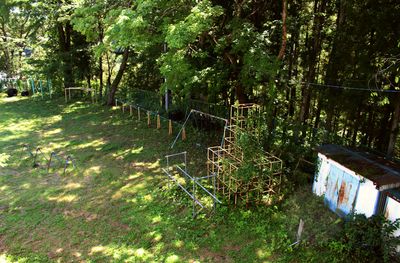 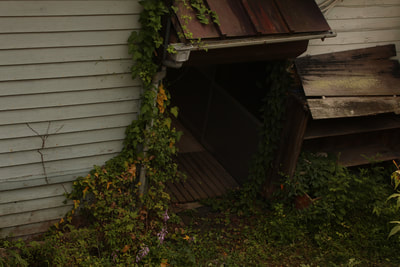 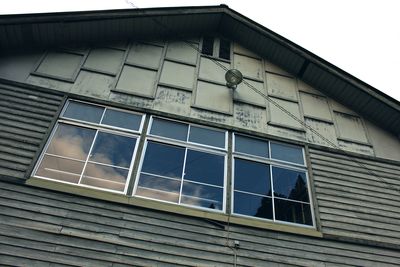 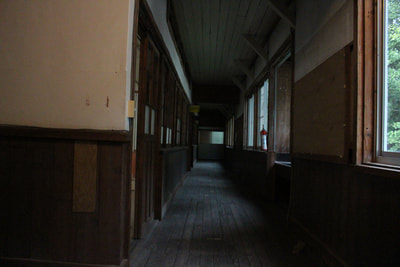 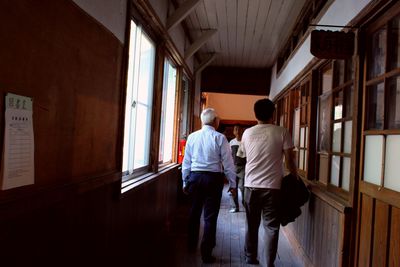 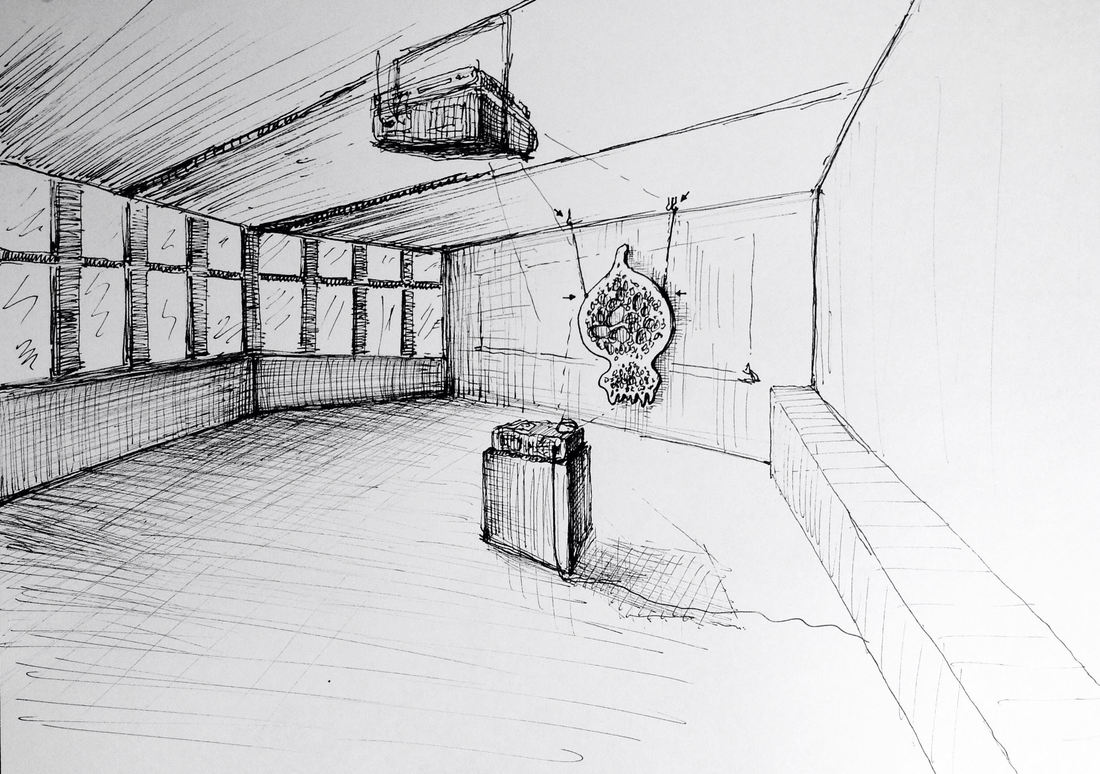 The screen of the video installation represents the section of a moss plant.
The idea for ‘Calyptra’ was to a large extent brought about by my fascination with intricate drawings from old botanical books dating back to the 19th century and people’s approach to visualizing plant life at the time. Gradually, of particular interest to me became mosses due to their rootless agility that enables them to cover acres of land and all the stories tangled in and hidden underneath the golden green webs.
Its cellular structure, the tiny body with a remarkable water capacity, the survival abilities, the talent of purifying the air and detecting pollution equally drew my attention.

When I got the invitation for Nakanojo Biennale, I began research mosses that are common in Japan only to find out an impressive variety and be further impressed by the fact that there is even a line about moss in the country’s national anthem. When I created 'Calyptra' I had no clue that one day it might take me as far as Japan. Today it feels like the installation was meant to be shown there.

My research process has taken me to a very inspiring source of information - Assistant Professor in the Department of Ecology and Evolutionary Biology at the University of Tenneseee - Knoxville Jessica Budke's blog, dedicated to her own scientific research on mosses. I found it so inspiring and in a way even poetic - the way she described what calyptra is. "The idea is that the maternal plant provides a little cap on the top of its offspring to keep it safe from the harsh, cruel world. Similar to a mother sending her kids out to play in the snow with fuzzy hats to keep them warm", she wrote. What a wonderful thing one could have, I thought. A beautiful cover to make you feel safe in this world!
At the beginning my idea was shaping around the subject of being covered, hidden and unwilling to expose your true self, being yet undeveloped and unsure who you are and how you could possibly contribute to the outside world. After I found Jessica Budke's writings about moss, my thoughts took different direction. I decided to write her an email and tell her about my art project. I guess I am very lucky person, because after some days she replied and agreed to consult me on the subject of moss plants. Our conversations and correspondence helped me a lot!
Mosses helped me find the joy of contemplation again. At some point everything on this earth becomes a structural material for a poem, a reason for your next breath.

​In may 2017 I went to the Liverpool World Museum and took a close look at their moss collection for further insights. One by one the pieces began to fall into place.

​I asked the artist and curator of Nakanojo Biennale Takako Yamaguchi what kind of mosses I could find when I go to Nakanojo and she was fast to reply that Jungermannia vulcanicola is a valuable, not collectable kind, that could be seen in the region.
When I decided to create a video, dedicated to mosses in Japan, I wanted to make pictures and videos of their typical kinds of moss, but as well to moss, which is also very common for my part of Europe, and especially the kinds, I've already knew from Bulgaria. The theme of the Bulgarian Pavilion this year was Distant Relatives, so I thought I'll focus on what Bulgarian and Japanese nature have in common.

Before my journey to Japan I've also written to Oishi Yoshitaka who has earned a PH.D. in Agriculture from Kyoto University with his research on the preservation of moss plants. He told me I'd probably find Mnium, which is common in the forests of Japan. And he was of course right! The minute I stepped in the school yard I saw some pretty sympathetic representative of the species. With the help of a small amateour usb microscope I've made some photographs and videos of it.
The organisers of the Biennale were amazingly supportive. To help my research they took me to the very famous Chatsubomi Moss Park, where Jungermannia vulcanicola is growing. That's where I've made the rest of the photos and the videos for my installation. 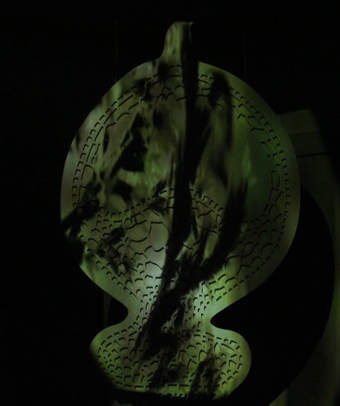 ​"Chatsubomi is a type of moss that only grows in areas with highly acidic mineral springs. It is known for its bright green color.It is rare to find large amounts of chatsubomi growing naturally in Japan, and Chatsubomi Moss Park in Nakanojo is the only such place in Honshu. It was designated as a protected species of Gunma Prefecture in March 2013." (info by: Gunma Bureau of Tourism G’face)
​
The idea to 'insert' the circling spirit - a moving image of a human figure, inside of one of the most ancient plants on earth, is a metaphor about our spiritual and natural beginnings, here on Earth.

​The moss plants evolved from algae millions of years ago to create a connection between water and earth.
Millions of years after that the human spirit looks detached from this simple idea of combining elements. Perhaps that's what's keeping us from having a higher consciousness, similar to the one that nature has. That may be means we are unnatural beings with natural habits to grow and decay. What made me question myself is what type of growing and decaying we have chosen.
Moss plants have laid the foundation of our ecosystem, which we are fastly trying to crush. What are the foundations we put up for the future? Is it only the essential, aesthetized transition to death? 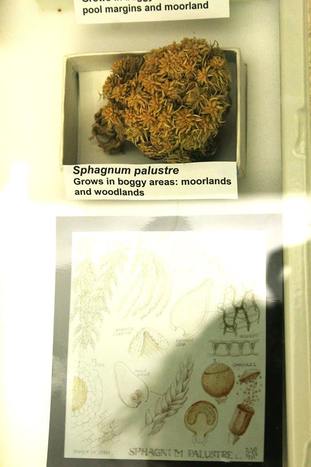 The shape of the screen is inspired from the shape of Sphagnum - a type of moss with large economic importance.  The very reason why this ancient layer of earth is being treated the way it is today - drained to be used as cropland and mined for its peat. Although drainage of peatlands is how plants, insects and and birds are losing their home, leading to their disappearance - cold fact.  The economic use for the ever growing, ever hungry population, is uncertain. A rootless plant being exploited by the rootless race.
How are we going to change the negative semiotic of the phrase 'human interference'?

​More and more often human's actions are making other (eco)systems dependent.
'Calyptra' also represents the collective mind. A mind that's detecting all kinds of pollution, that breaths and suffocates, struggles to outlive all that we used to be.

Just like moss plants we are from the survival type. Inside the sheath there are millions and millions economically, culturally unsustainable elements. Isn't it time to look closely at those other types of cellular bio societies around us? Change begins within. Our capsulated minds are the unit we need to leave freely, seeking both - freedom and connection,  sensitive to the outside world - both, mind and soul.

I chose to name this project 'Calyptra', because this is the part of the plant which is flying away - spreading spores, a beautiful metaphor about setting yourself free, creating a new life in an act of almost sacred exemption. For mosses it is like that - wind, light, water and even shade are helping them. In response they absorb the polluted air, returning the favor by clearing the air.

I'd like to think that taking a look at nature's ancient principles might help the detached and lonely spirits to bring back the missing pieces and go back to their true path.